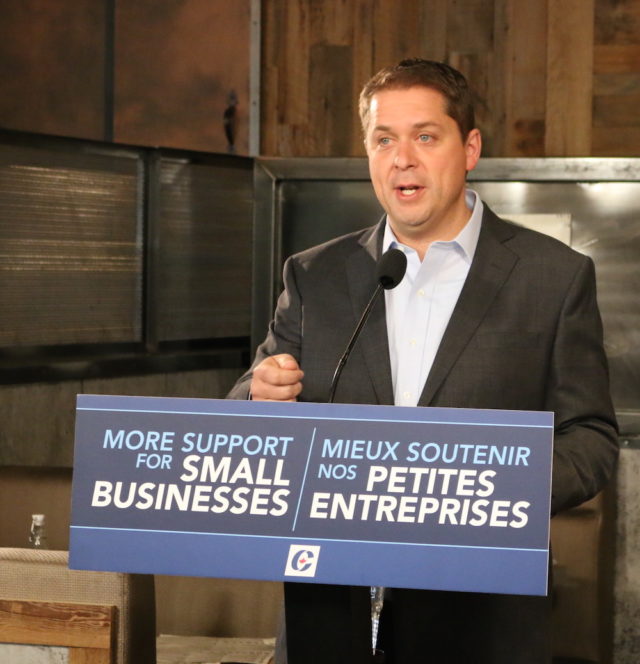 THOROLD, ON – Small business owners have been promised a relief on taxes and cutting of bureaucratic bottleneck if the Conservative Party is elected in the coming election.

Andrew Scheer, the leader of the Conservative Party made the announcement today at the Cracker Jack’s Bar and Grill during a visit to Thorold.

“In the last four years, it has become more expensive than ever to run a business,” said Scheer.

A new Conservative government will take several measures to support our small businesses:

“A new Conservative government will continue to celebrate small businesses as drivers of prosperity, and not view them merely as sources of revenue,” said Scheer. “It’s time to stop Justin Trudeau’s attacks on small business owners. It is time for Canada’s small businesses to get ahead.”

Canada and the US are shutting their borders tonight except for...