The Welland Dragon Boat Festival is therapeutic for women dealing with breast cancer, or giving support to anyone dealing with the disease.

Some participants at the 17th  annual Welland Dragon Boat Festival (WDBF) shared their thoughts with Mosaic Edition shortly after the women’s race, dedicated to the survivors of the disease, and to those who have died.

The survivors, members of their team, and friends joined in waving carnations during the special ceremony.

Diane Hinshelwood, Blades of Fury, Oakville, said in an interview, “The carnations are for those who have passed, and those who are suffering now.”

The carnations were dropped on the water of the canal after the ceremony.

As a not-for-profit organization, the Welland Heritage Council and Multicultural Centre uses funds generated during the boat festival to support its programs which include provision of shelters for newcomers. 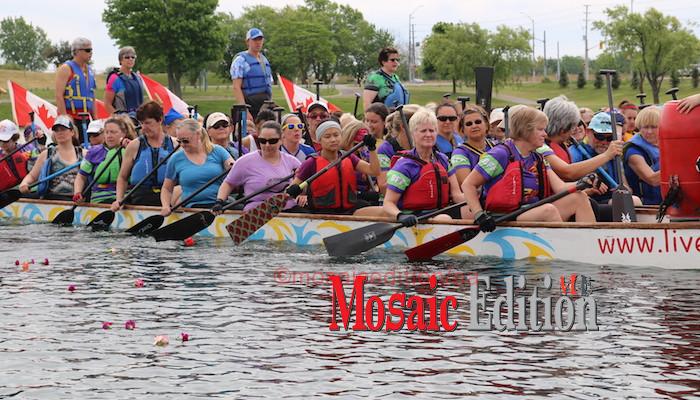 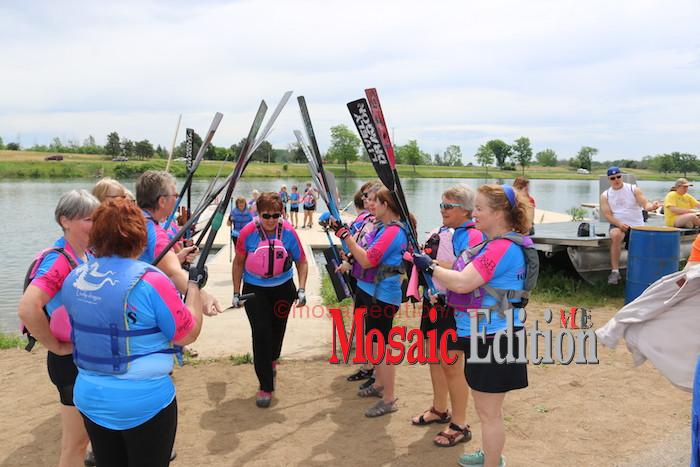