Prescription medications are now free for everyone under the age of 25 in Ontario. As of January 1, the province has made the biggest expansion to medicare in Ontario in a generation, providing drug coverage to over four million children and youth across the province. The launch of OHIP+: Children and Youth Pharmacare is a national milestone as Ontario becomes the first province to provide prescription drug coverage to children and youth.

Premier Kathleen Wynne was in downtown Toronto to celebrate this national milestone with some of the young people and parents who now have access to over 4,400 medicines, completely free of charge. Some of the now publicly funded prescriptions include depression and anxiety medications, insulin and diabetic test strips, antibiotics, asthma inhalers and birth control pills.

This expansion of medicare marks a turning point for Ontario families, who now have access to life-saving drugs without having to worry about affordability. Coverage will be automatic for children and youth with an OHIP card and a valid prescription. There will be no upfront costs, no co-pays and no strings attached.

The launch of OHIP+ is just one of the historic ways Ontario has changed with the new year. The government’s plan to build a fairer, better province also includes a raise to the minimum wage to $14 an hour, effective January 1. The minimum wage will further increase to $15 per hour as of January 1, 2019.

Ontario’s plan is creating fairness and opportunity during this period of rapid economic change. The plan includes a higher minimum wage and better working conditions, free tuition for hundreds of thousands of students, easier access to affordable child care, and free prescription drugs for everyone under 25 through the biggest expansion of medicare in a generation. 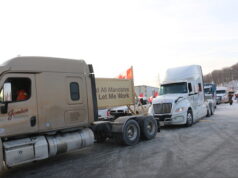