All Canadians deserve to feel safe and to have their most fundamental rights protected. But for decades, we failed countless individuals who had their lives and livelihoods shattered for simply being who they were or because of who they loved. That is why the Government of Canada is working to address systemic discrimination against people who identify as lesbian, gay, bisexual, transgender, queer, and two-spirit (LGBTQ2).

The Prime Minister, Justin Trudeau, today delivered a formal apology in the House of Commons to individuals harmed by federal legislation, policies and practices that led to the oppression of and discrimination against LGBTQ2 people in Canada.

The Prime Minister apologized specifically for the historical unjust treatment of LGBTQ2 federal public servants, including those in the Canadian Armed Forces and the RCMP, and of LGBTQ2 Indigenous Peoples.

To address the wrongs experienced by those who were unfairly criminalized by unjust laws and actions, the Government of Canada today introduced legislation – Bill C-66, the Expungement of Historically Unjust Convictions Act – that would put into place a process to permanently destroy the records of convictions for offences involving consensual sexual activity between same-sex partners that would be lawful today.

The Government of Canada has also signed an Agreement-in-Principle to resolve the Todd Edward Ross, Martine Roy and Alida Satalic Class Action in a fair, compassionate, and respectful manner that promotes healing and reconciliation. The Agreement-in-Principle includes measures to support individual compensation and recognition, as well as additional initiatives to promote collective reconciliation and remembrance.

These are important steps to respond to the historical and ongoing inequality faced by Canada’s LGBTQ2 communities and a vital part of the Government of Canada’s effort to create a stronger, more diverse, and more inclusive society. 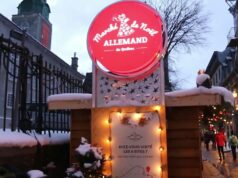 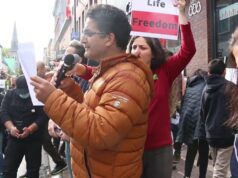