Canadians who served in peace and war times were honored today at  Remembrance Day events across the country.

The Remembrance Day Ceremony in St. Catharines was marked with a procession of veterans, members of the military, cadets, political leaders, family of veterans and some community members. 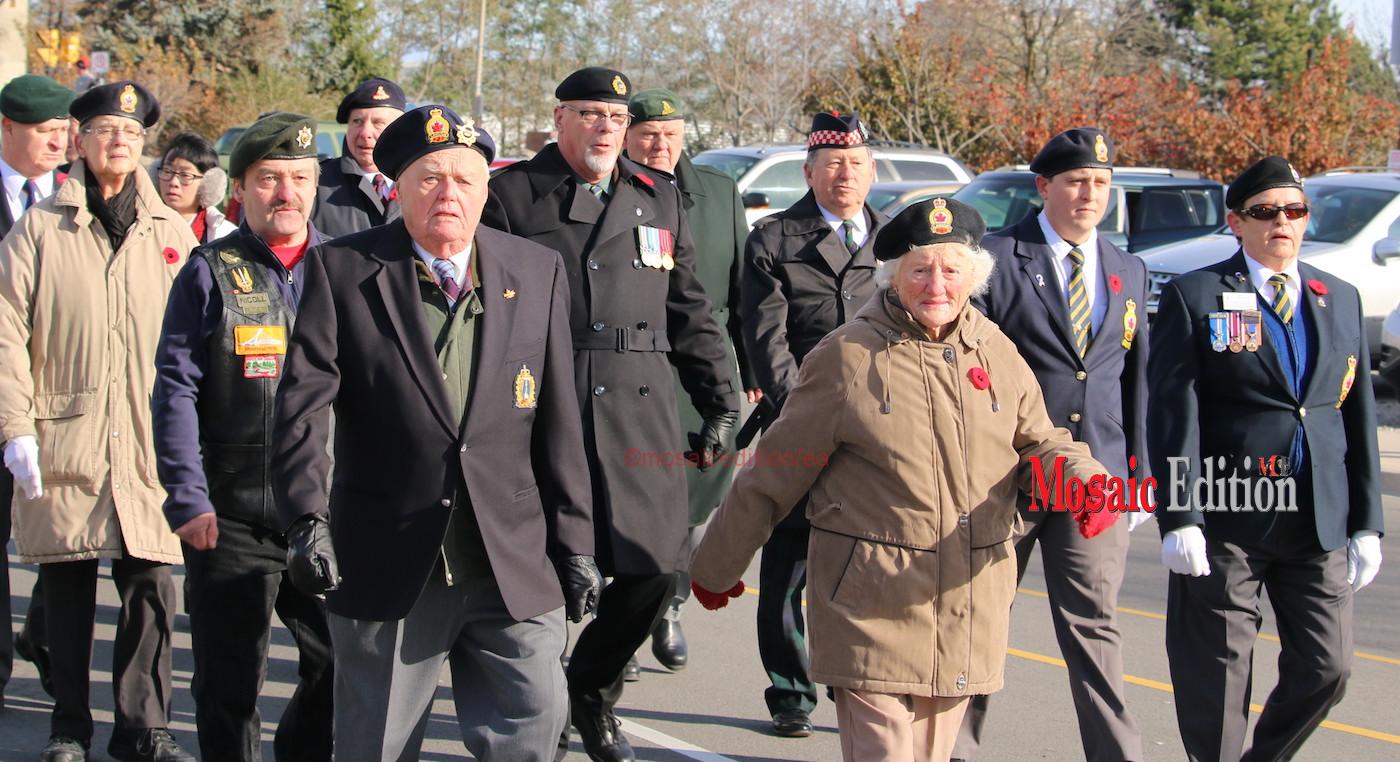 There was a moment of silence and firing of cannon.

Clint Page, 93, a World War 11 veteran of the Merchant Navy was at the event and watched as his grandchildren laid the wreaths in memory of the fallen heroes.

The Métis Nation was represented at the ceremony. Canada’s Indigenous fought alongside Canada in many wars.