Bistro Boréal, held at the Timmins campus has celebrated an important partnership between Collège Boréal and two local businesses, the Fromagerie Kapuskoise and Mattagami Heights Farm.

Open to the public, the bistros allow students to put into practice classroom training and manage a culinary event from start to finish. In addition, two educational trips were funded with part of the proceeds. 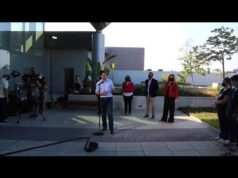 Research and Innovation at Collège Boréal